Winter is truly a great season. It’s finally not oppressively hot, people out and about seem to be less frazzled and annoyed, the very air you breathe in tastes fresher and crisper, and there is usually a lingering sense of excitement for the Christmas season and then the new year to come. In line with their well-earned foodie label, it probably surprises no one to learn that Hongkongers have a whole range of foods that they associate closely with wintertime. Here are six groups of foods that you simply must eat if you are going to be in the city over the cold months! 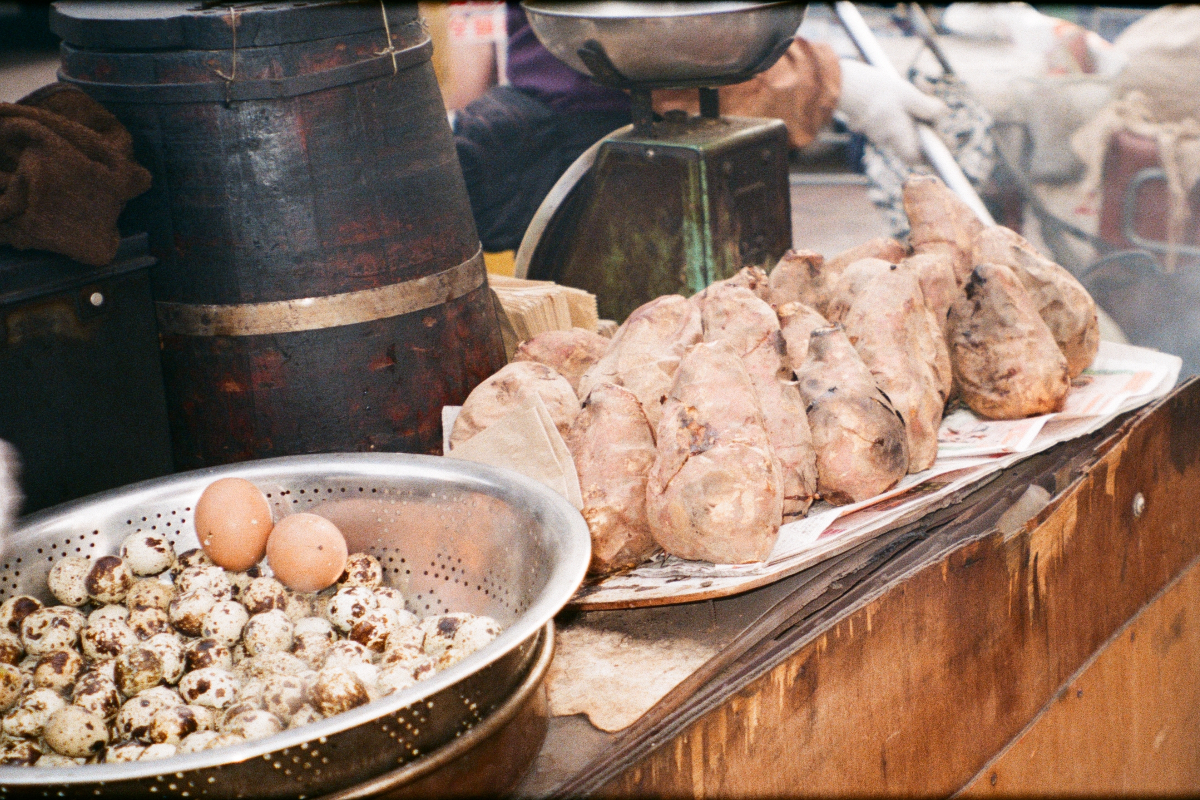 Ask any Hongkonger who is older than a millennial and they will tell you that one of the most quintessential winter experiences in the city is buying roasted chestnuts. You don’t even need to like eating them—you just gotta. We don’t mean any old chestnuts, though; for the true experience, you have to hunt down one of those old hand-pushed carts with a portable stove, where they roast the chestnuts in a wok full of charcoal bits and serve them to you in a brown paper bag.

Often, you’ll also find two other winter foods at these mobile stalls that we highly recommend: quail eggs and sweet potatoes. The eggs are ever so slightly savoury and the perfect bite-sized snacks, and there’s little more pleasing than clutching a fragrant sweet potato that’s just been roasted between cold hands. We’re not sure what kind of nostalgic magic goes on in these carts, but these normal foods that might otherwise be considered kind of boring just taste so good when bought from the nice old ladies who usually run them. You’ll normally find them around the streets of Sham Shui Po, Mong Kok, and under the Canal Road Flyover in Causeway Bay—sniff out the tell-tale scent of charcoal and simply follow your nose. 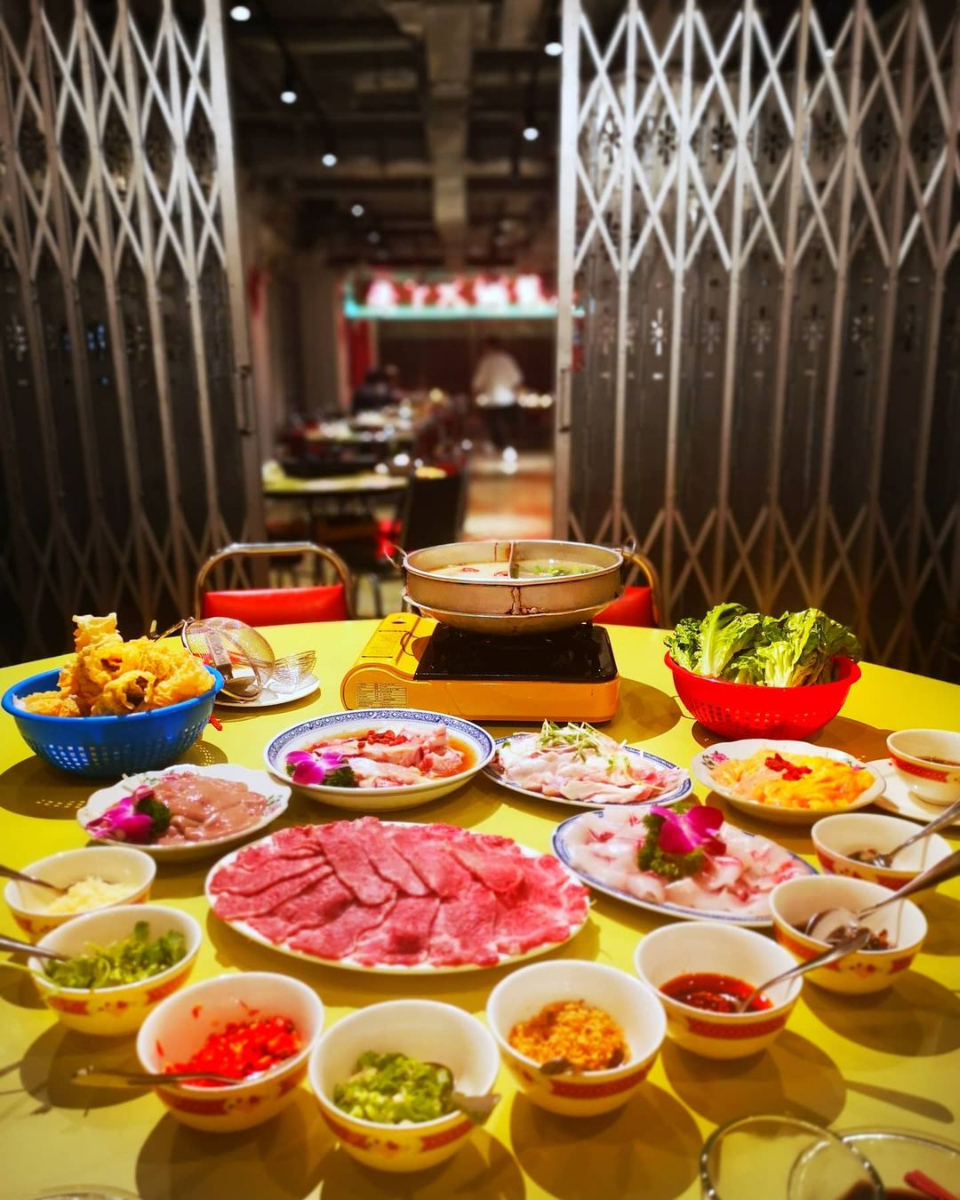 Just as Westerners love a good fondue over the winter season, Hongkongers will never say no to hot pot, especially during the cold months. Let’s face it, what can be more warming than huddling around a steaming pot of broth with your loved ones? It’s easy enough to set up at home with a tabletop induction stove, surrounded by all of your favourite hot pot ingredients.

Luckily for us, there are a lot more options than Hai Di Lao hot pot, where you always stand the risk of being smacked in the face by an overzealous chef flinging noodle dough around. One of our favourites is The Drunken Pot, where you can have up to five different broths simmering away in one pot—because there’s always one person in the group who insists on getting the super spicy broth that no one else can stomach. Lau Haa Hotpot and Market Hotpot are both popular with locals, with interior designs and menus evoking a sense of nostalgic old Hong Kong. Fans of the lip-tingling numbing spice of Sichuanese peppers will enjoy Hot Pot Hero and Sichuan Lab, while those who like trawling the streets for the best stinky tofu can follow their noses to 8Pots, which serves their signature stinky tofu hot pot. 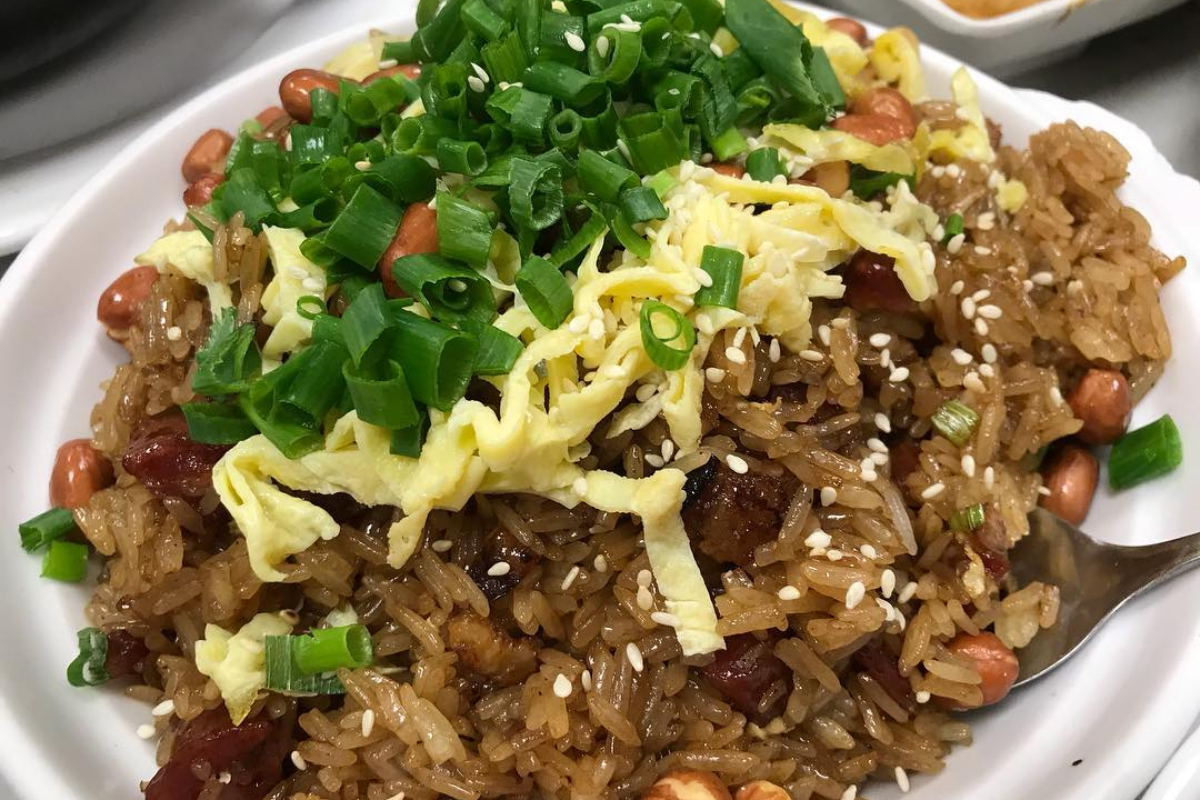 Glutinous rice is also commonly eaten when winter is at its coldest, because it is a “warming” food that can provide some much-needed heat to the stomach as well as improve blood circulation. However, you cannot just chuck glutinuous rice into a rice cooker like you would normal rice grains; glutinous rice needs to be cooked with some preserved meats (腊味; laap6 mei2) to provide it with a nice coating of oil. The Chan Choi Kee food stall in the Queen Street Cooked Food Market does an amazing glutinuous rice dish, with copious amounts of preserved sausages, omelette slivers, roasted peanuts, and vegetables.

Quiz: Which bubble tea shop should you go to ... 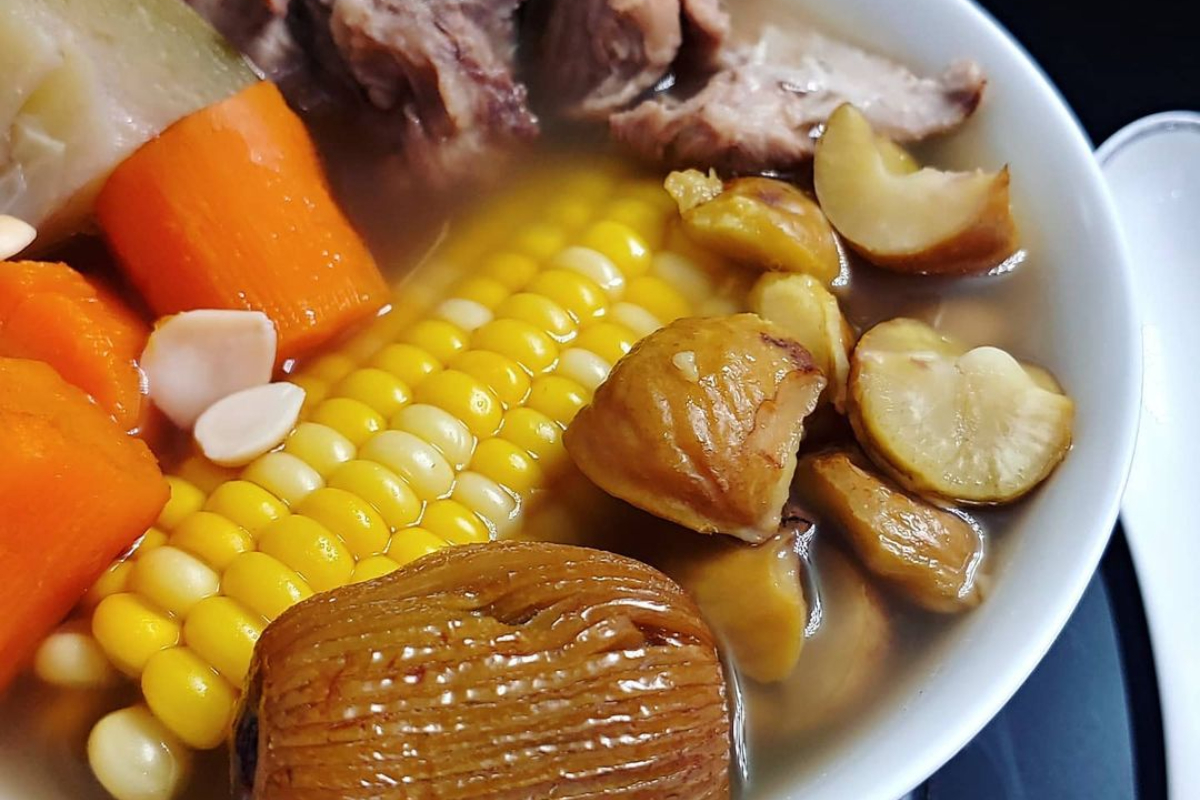 Cantonese people love their soups at the best of times, with hundreds of varieties and recipes geared towards different health benefits. In general, soothing and moisturising soups are preferred in the wintertime to counteract the dryness. An example of a good winter soup would be lotus root, snow pear, and chicken’s feet, which protects the throat and helps your skin retain moisture; papaya, chicken’s feet, and lily bulbs, which strengthens the spleen and soothes heatiness; or any soup with black chicken, which can be warming and also alleviates dryness within the body.

If you would like to try your hand at making Chinese-style soups at home, simply ask your friendly neighbourhood traditional herbal dispensary about the kind of health effect you’d like to achieve with your concoction, and you’ll walk away with a custom-packed parcel of dried fruits and herbs to boil with either meat or seafood. 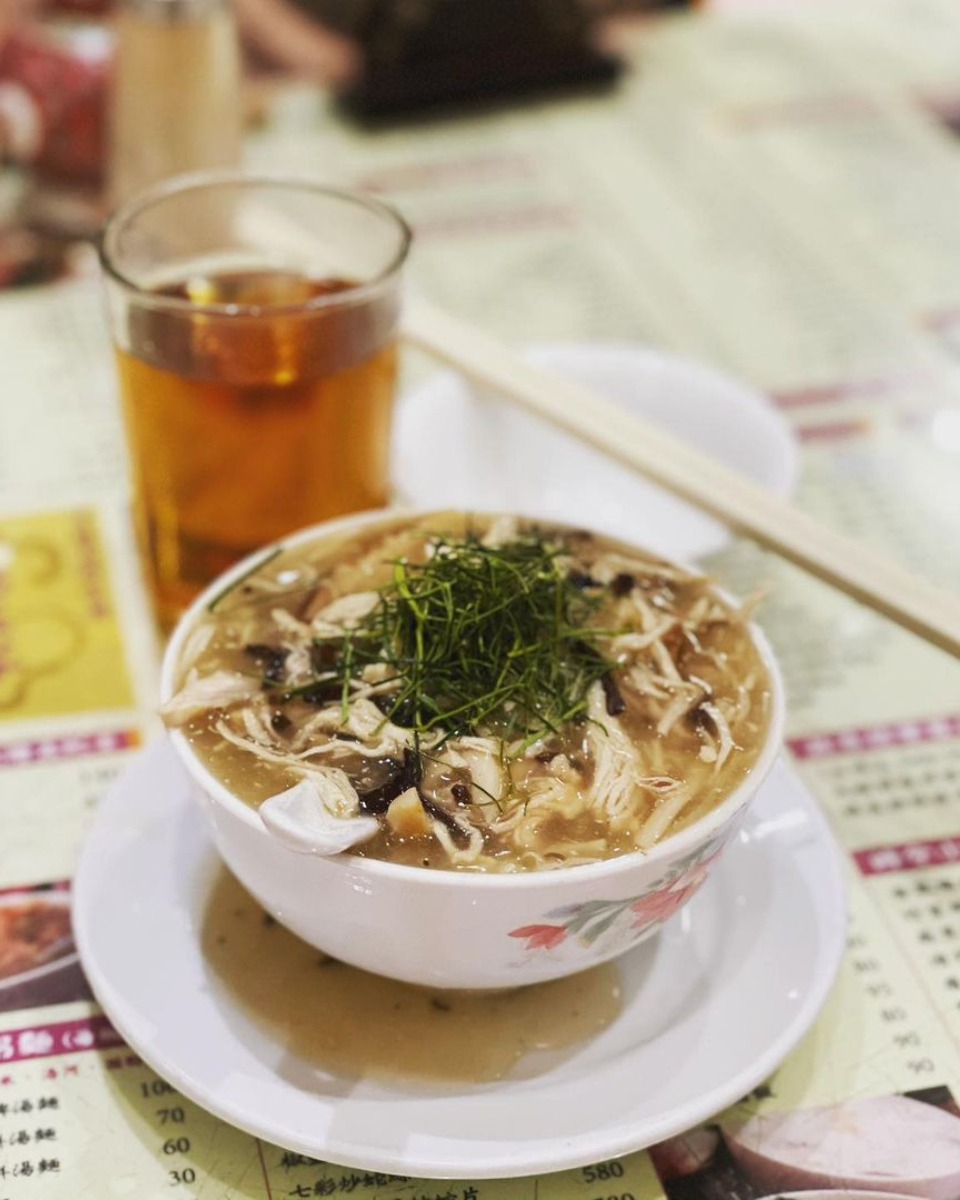 Widely popularised in the Qing dynasty, snake stew (蛇羹; se4 gang1) is a Cantonese dish that had its heyday in the 1980s. These days, it is more of a dwindling industry because of the dangers involved in dealing with venomous animals, not to mention the bureaucracy regarding importing such livestock. However, there are still people in Hong Kong who turn to Snake King shops—so named to symbolise expertise in cooking snakes—during the wintertime because it is a “warming” food. There is also a Chinese saying that “when the autumn winds blow, the snakes get fat” (秋風起，三蛇肥; cau1 fung1 hei2 saam1 se4 fei4), so the colder months are the ideal time to eat snakes as they become plumper and more nutritious preparing for hibernation.

Snake soups are usually made with at least two varieties of snake meat shredded into slivers, cooked with pork bones, chicken, mushrooms, and herbs. Common snake species used in such cooking include Chinese cobras, banded kraits, sharp-nosed pit vipers, and Chinese rat snakes, though some restaurants will tailor the kind of snake served to the kind of health benefit you wish to achieve. Aside from being warming, it is also believed that consuming snakes will alleviate migraines and arthritis. And in case you are wondering, snakes taste more like eel than chicken. 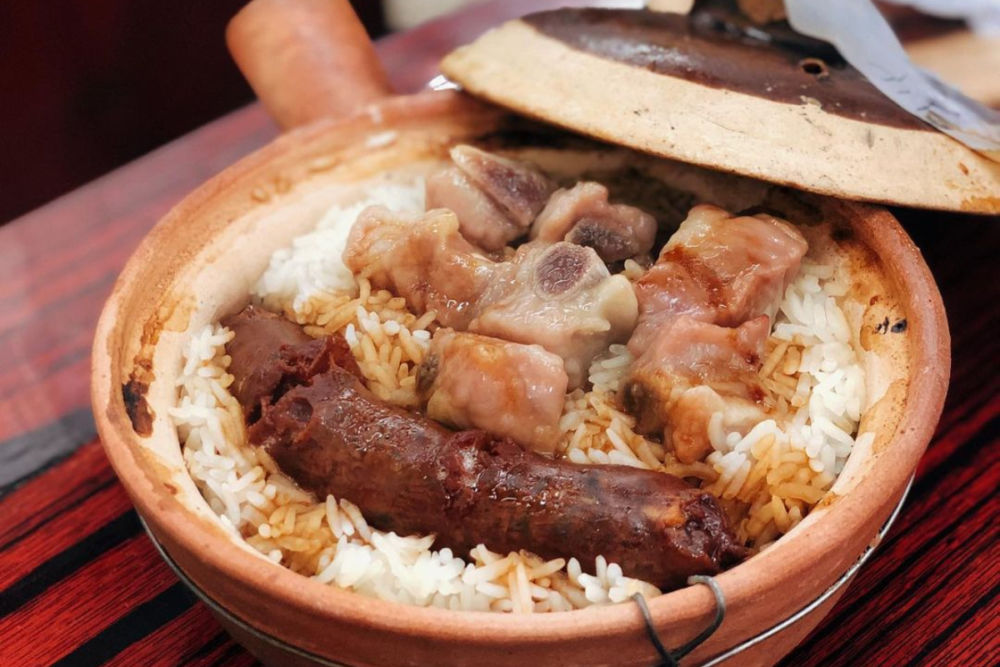 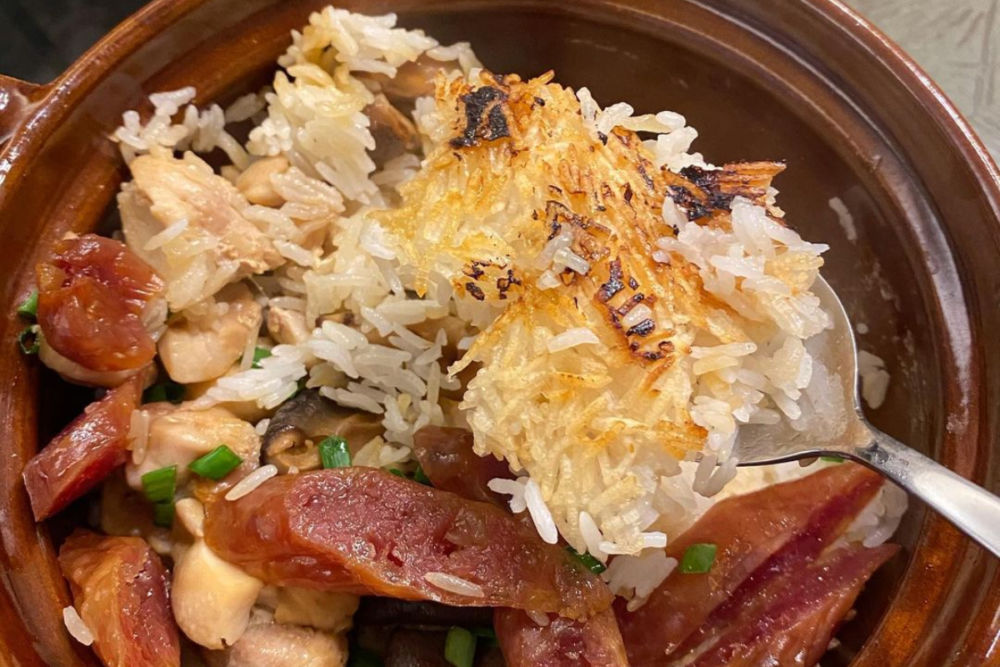 Well-loved by Hongkongers from all walks of life, claypot rice (煲仔飯; bou1 zai2 faan6) is one of the city’s most quintessential winter foods. The great thing about claypot rice is that pretty much anything can be used to make this dish—it is essentially just rice and water bubbling away in a small pot, with various meat and vegetable toppings added on top to cook together. Traditional establishments will still cook their clay pots over an open charcoal fire, and these provide the most authentic and nostalgic taste.

Favoured toppings are preserved Chinese sausages, minced beef with raw egg, chicken and mushroom, and eel in black bean sauce, but there are many more to choose from, seeing as their menus are usually so extensive as to make your head spin. There are still good claypot restaurants tucked away near the Temple Street night markets, and our recommendation on Hong Kong Island would be Kwan Kee Claypot Rice in Sai Ying Pun. Don’t forget to add some soy sauce into the pot after it’s mostly finished to scrape up the slightly burnt, crispy layer of rice stuck to the bottom!

Here’s our dedicated guide to the best claypot rice restaurants in Hong Kong.

12 best ramen restaurants that do delivery in Hong Kong

Where to find authentic Hakka food in Hong Kong