So you think you know all there is to know about Italian food? It makes sense that “la bella cucina” is so globally popular, given that Italy has a gastronomical landscape filled with widely varied flavour profiles. But there’s a lot more to Italian food that meets the eye. We consulted with the expert himself, chef Ermanno Lelli, to discover the most bizarre and obscure stories behind one of the world’s most beloved cuisines. 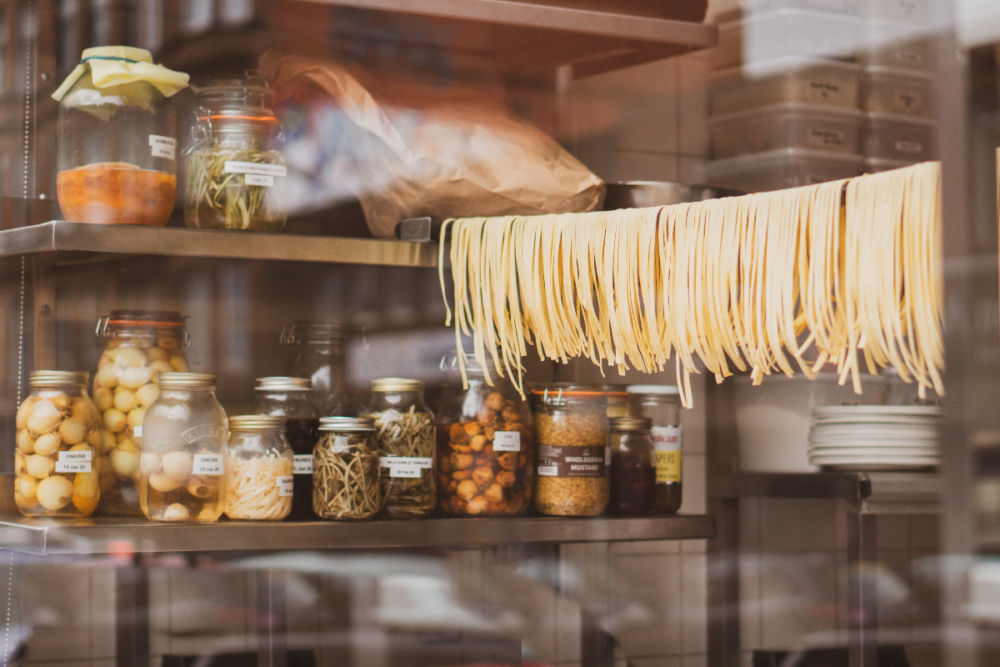 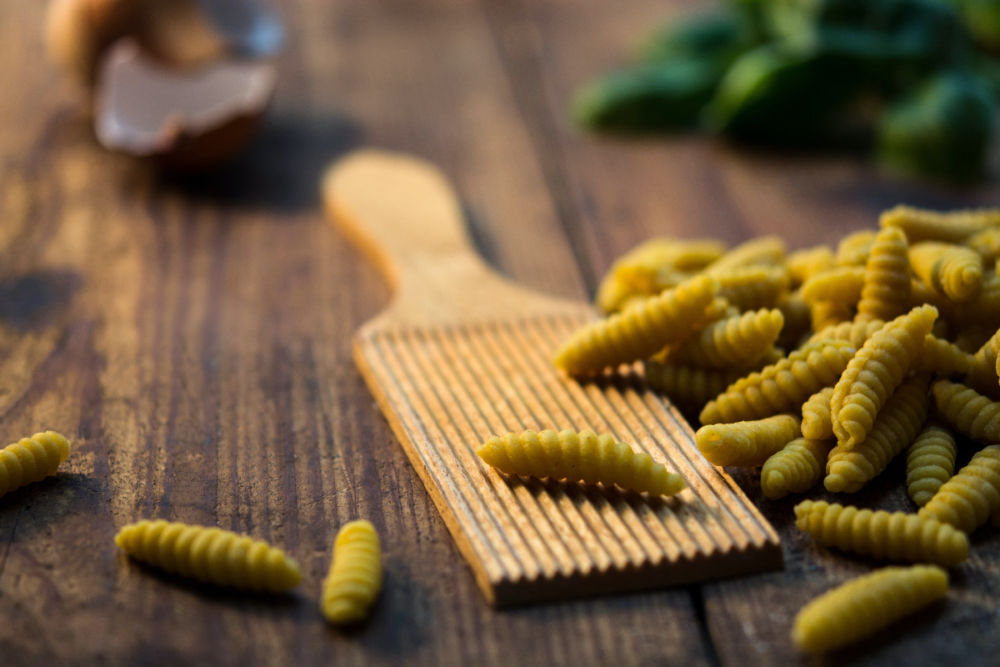 Pasta is undoubtedly the most distinctive part of Italian cuisine. With well over 300 types of different pasta, it’s all too easy to confuse your tortiglioni with your tortellini. But there’s a reason that the Italians have created so many different varieties; it’s not just about aesthetics! Most pasta dishes are cooked in sauces, and each sauce is paired with a pasta shape that is specifically designed to hold the sauce and flavours best. Regional variations abound, and no doubt if you speak to an Italian about this, you’ll find yourself in the middle of a very opinionated and heartfelt monologue, but the general rule is that long and thin pasta shapes work best with lighter oil- or cream-based sauces, while a thicker, chunky sauce will go well with shorter pasta varieties.

For example, a white wine-, thin cream-, or light tomato-based sauce should be paired with linguine, bucatini, or angel’s hair, while thicker varieties like the fettuccine or pappardelle mesh well with hearty, meat-based sauces. Short pasta with lots of curves and grooves, such as the cavatappi, rotini, and fusilli, do wonders in catching richer cream sauces so they don’t just slide off the surface. Meanwhile, cylindrical varieties like the rigatoni and penne are fantastic in casseroles. The lesser-known tiny pasta, such as the grain-like orzo or the ditalini, are also great for adding texture to soups. Of course, much of cooking is about experimentation, so feel free to mix things up! 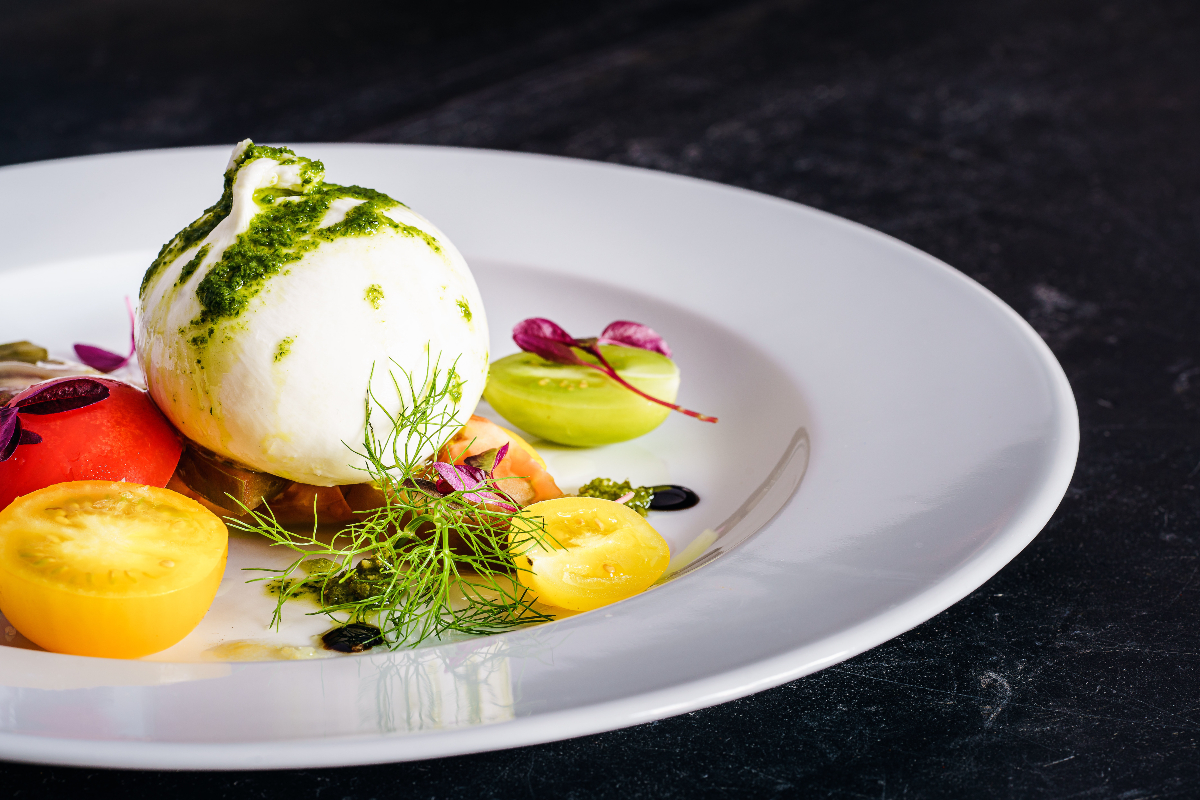 A traditionally southern Italian cheese, mozzarella is made from the milk of the water buffalo rather than from cows. Mozzarella di bufala (or buffalo mozzarella) is protected under the European Union Protected Designation of Origin (PDO), and such PDO-status mozzarella may only be produced in the select regions of Campania, Lazio, Apulia, and Molise. This is made from buffalo milk, rennet, salt, and milk enzymes, and boasts a soft, slightly rubbery texture, with a mild flavour that is beloved by many.

But this cheese was once in danger of dying out. Water buffalos are not native to Italy, and though theories on the animal’s introduction vary, it is accepted by the Consorzio per la Tutela del Formaggio Mozzarella di Bufala Campana (that’s the Consortium for the Protection of Buffalo Mozzarella of Campania for the uninitiated) that it was the Arabs who first brought the water buffalo to Sicily during their rule. After they were conquered by the Normans in the eleventh century, the water buffalo was then introduced to Campania and other southern Italian regions, where their milk was used for cheese-making.

However, Italy’s buffalo herds were eradicated in the Second World War, which necessitated the shift of mozzarella production to using cow’s milk instead. It was only until after the war, when more water buffalo were brought in from India, that the herds were revived and buffalo mozzarella flourished again. To think that we almost would not have been able to enjoy the beauty of a good mozzarella or burrata! 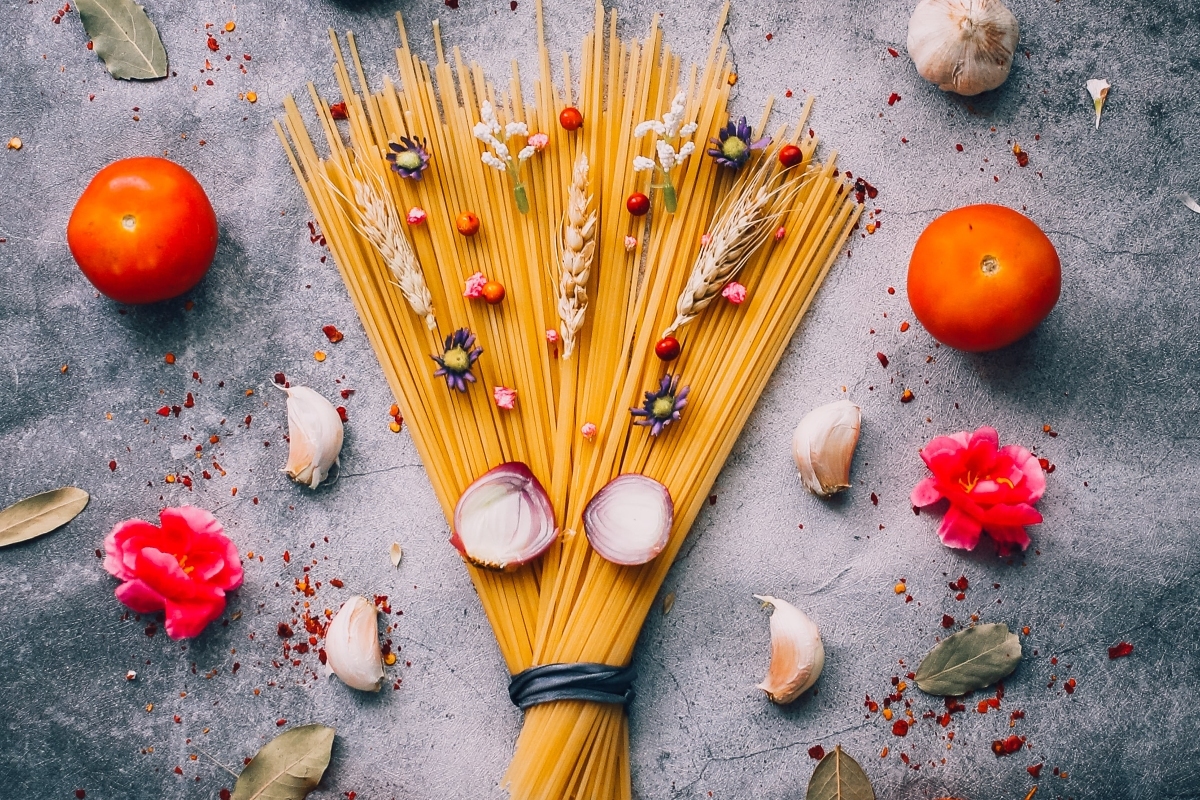 Some Italian dishes are better with dried pasta

We’ve all heard a lot of talk about the superiority of freshly made pasta, but the truth is, dried pasta can work just as well with Italian food—depending on your chosen recipe. Since fresh pasta is more tender and delicate, heartier dishes that need the noodles to withstand more intense cooking will generally work better with dried pasta. Chef Ermanno advises that dried pasta is easier to cook to an al dente consistency and also stands up much better to dishes with heavier sauces, such as Bolognese or ragu, where you depend on the strength of the pasta to mop up all those delicious liquids. So though you may be a huge fan of the buttery yellow goodness that is fresh pasta, there’s no real reason to be a snob and turn your nose up at dried varieties! 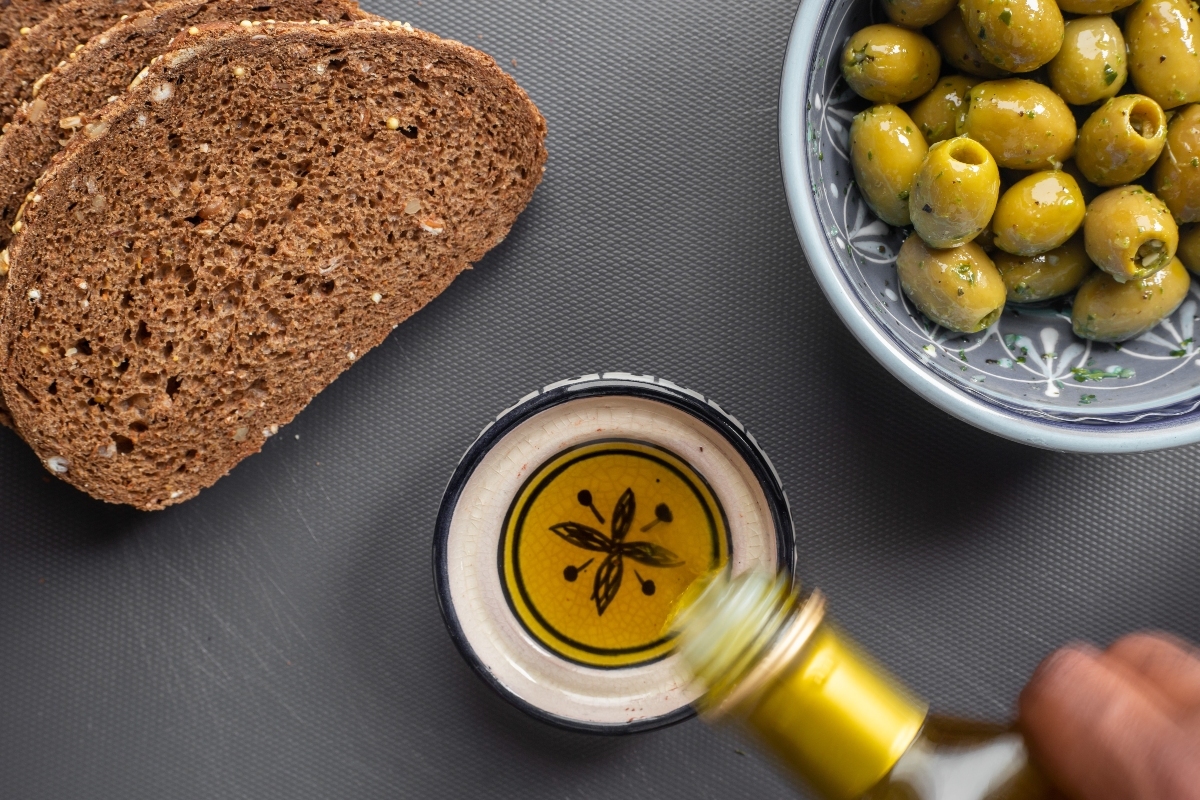 Bread is not an appetiser

Every time someone dips bread in olive oil as a pre-dinner nibble, an Italian fairy dies—fact. It may come as shocking to those who have not personally been to Italy, but Italians would absolutely scoff at diners if they ordered bread and olive oil with balsamic vinegar. This was in fact an American invention, created by restaurants which branded themselves as “Italian fine dining.”

On an Italian dining table, you will not find little saucers of olive oil drizzled with balsamic vinegar. Traditional aceto balsamico is far too exquisite (and expensive) to be wasted like this, and it’s probably baffling to Italians that diners would ruin their appetites before a meal in such a manner. If you already love this bastardised take on Italian cuisine, then order a bruschetta or fettunta to tide you over as you’re waiting for the food instead. If they do present you with bread, then what’s it for, you ask? Simple: Bread is there for swiping up the sauce from say, a pasta Amatriciana, left at the bottom of your plate. 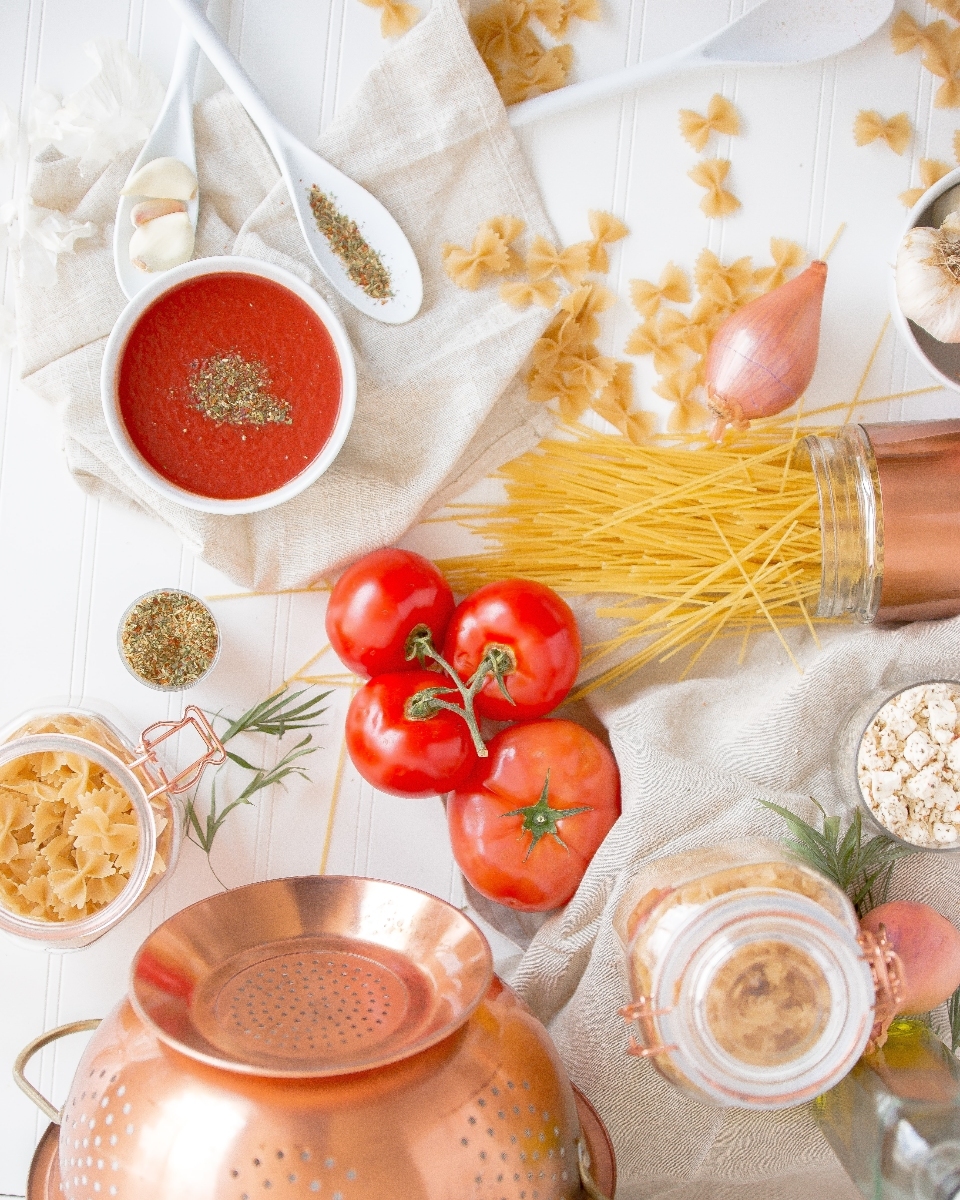 Tomatoes only appeared in Italy in 1548

When we think of Italian food, it’s almost impossible to separate la bella cucina from one of its most signature ingredients—which makes this final obscure fact altogether more baffling! After all, Italy is revered for its wide range of tomatoes, with the San Marzano breed, grown in the fertile volcanic soil of Mount Vesuvius, as one of its premier products.

However, history tells us that tomatoes were originally from the Americas and had only been brought back to Italy by seafaring Europeans in the sixteenth century. Sure, you might think that Italians immediately took to this tangy and sweet fruit, but it was not until the eighteenth century that tomatoes and tomato sauce became a staple in Italian cuisines. Even then, it was only first used in conjunction with pasta dishes in the early 1800s! 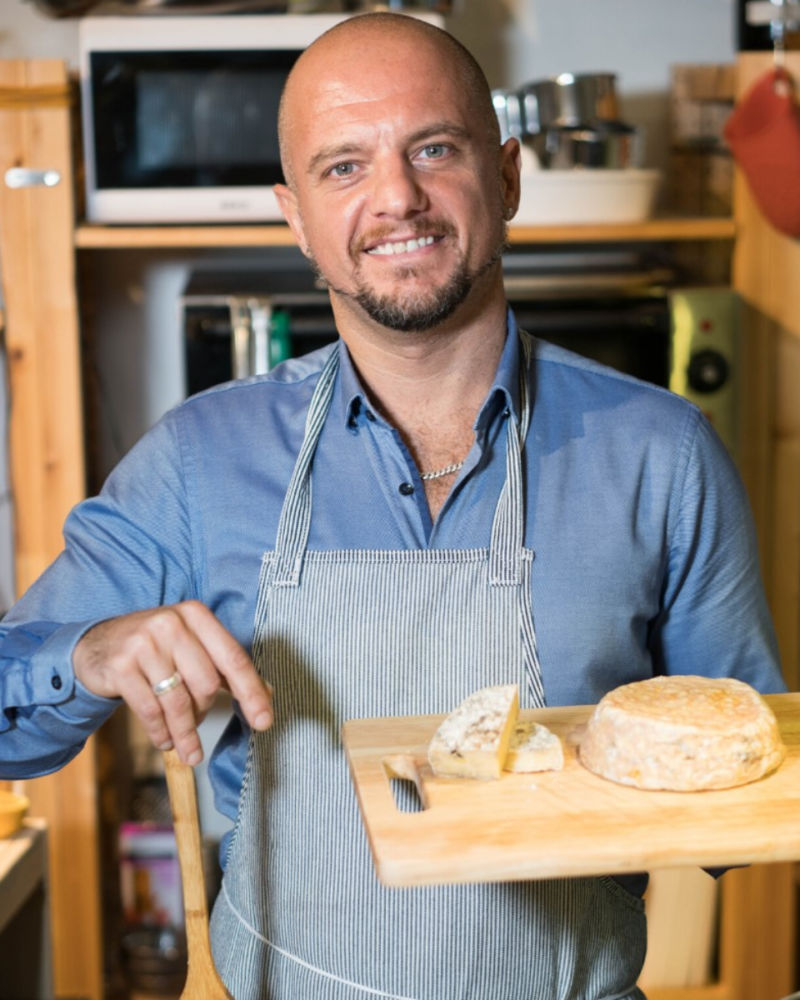 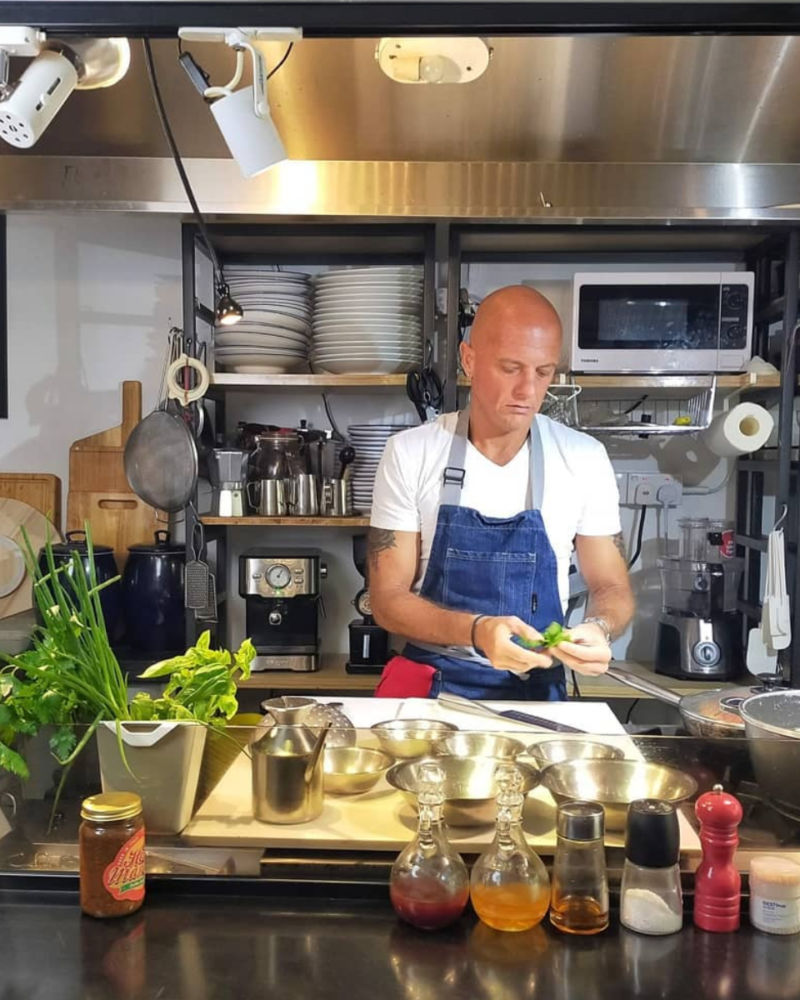 Did you learn something new about Italian cuisine? Well, you know what they say—the best way to learn about food is to eat it!

Continue your gastronomic education with Chef Ermanno’s Segreto, an exclusive private Italian kitchen secreted away in Soho that is blessing Hong Kong palates with traditional recipes from the bay of Naples. Each culinary experience is painstakingly prepared—his traditional tomato sauce is cooked non-stop for over 30 hours, for example, and the kitchen has fed the likes of foodies and celebrities such as Madonna and Nicholas Tse.

It’s best to book ahead—waiting list ranges from anywhere between two weeks to two months, depending on the season. Creating concepts that respect the overall mood, seasonality, and his guests’ interests, Chef Ermanno sources ingredients from around the world to craft his one-of-a-kind menus, focusing on premium quality and fresh produce to tell the tale of his authentic Italian recipes.

Tell the chef that Localiiz recommended you, and he might even make you a special black pepper tiramisu! If you’re planning a Christmas dinner but are stressing over the menu, then Segreto has you sorted with a wholesome festive meal. They also have a takeaway concept in Poho’s Casa Pasta, if you want to try Chef Ermanno’s creations but privately at home instead. Check out Segreto and see what Italian delights they’d be able to whip up for your fancy!

Helmed by chef extraordinaire Ermanno Lelli, Segreto is the ultimate destination for authentic Italian food from Naples and southern Italy. Shining a light on traditional recipes, homemade dishes, and imported ingredients, Segreto presents an exclusive dining experience that’s akin to a learning opportunity. Let Chef Ermanno regale you with little-known tales about the intricacies of Italian food while you taste them fresh from his open kitchen.

9 best mocktails in town to get you through Dry January

6 places to find the best poké bowls in Hong Kong

Where to get Hong Kong’s best fish & chips

New Eats: Where to eat in Hong Kong this March

Where to find the best mochi in Hong Kong