Japan: The kimono through the generations

Whether you are of Japanese descent or are a lover of traditional garments of different cultures, most have heard of the kimono (きもの). However, the design of the kimono has evolved with the generations to become a sacred part of Japanese culture and tradition. The major reason for the kimono's popularity and longevity is because of its versatility. From the origins coming from the idea of layering, the kimono can easily be altered to fit any season or event—heavy silk was used in the fall and winter, while light linen and cotton versions could be worn in spring and summer.

Beginning as a way of covering up, then becoming a uniform for millions, the kimono’s purpose and versatility have changed dramatically alongside the change in political power. 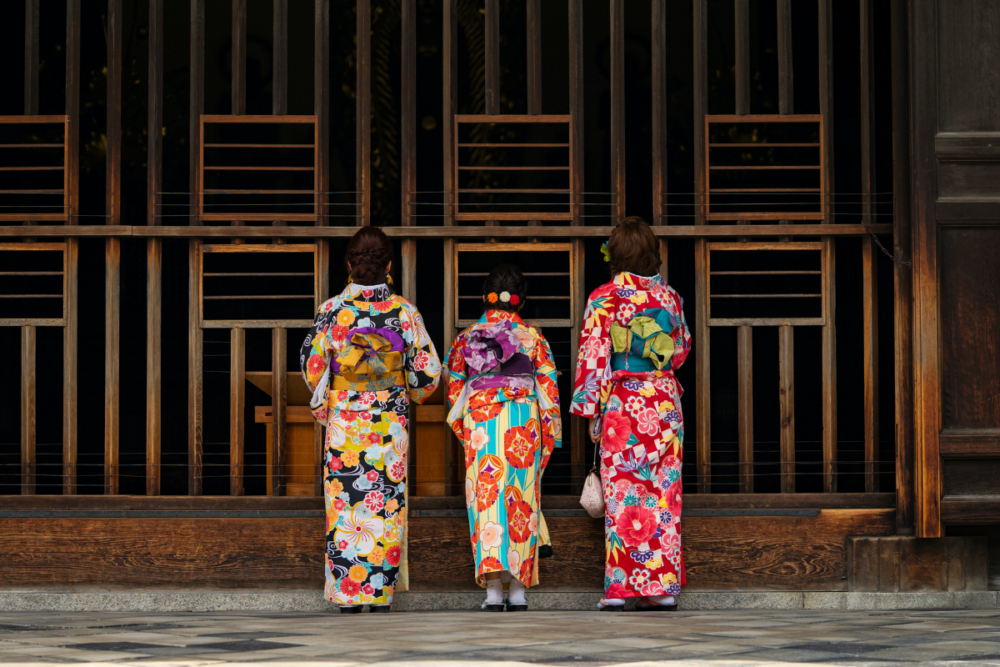 Coming from a land of hunter-gatherers turned farmers and craftsmen, the Japanese at this time valued plain and practical clothing. The creation of the kimono was derived from the need for conservatism and protection from evil spirits. Being able to cover more skin became a status symbol with women of higher socioeconomic status, who began wearing complex kimonos that consisted of 10 or more layers. The layers they wore granted them privacy, and also a level of safety from gawking eyes.

Besides being able to give privacy, wearing layers in a kimono had religious significance, too. In the Shinto religion, the more layers are worn, the more you are protected from evil spirits.

When it first came to be, the kimono looked considerably different from how it is now. The first people to wear kimonos often wore them with either a hakama (袴)—a Chinese-influenced type of skirt with or without leg divisions, or a type of apron train called mo (モ). These original kimono ensembles consisted of separate upper and lower garments but by the Heian period, a new kimono-making technique was created called the straight-linecut method. This process involved cutting fabric in straight lines and sewing them together to create one piece of clothing instead of the usual two. This technique held a lot of advantages—it was easier to fold and can be worn in layers, making it suitable for any season. However, since it was one piece, the obi (帯)—a wide sash that is worn around the waist—was created to hold the robe closed. 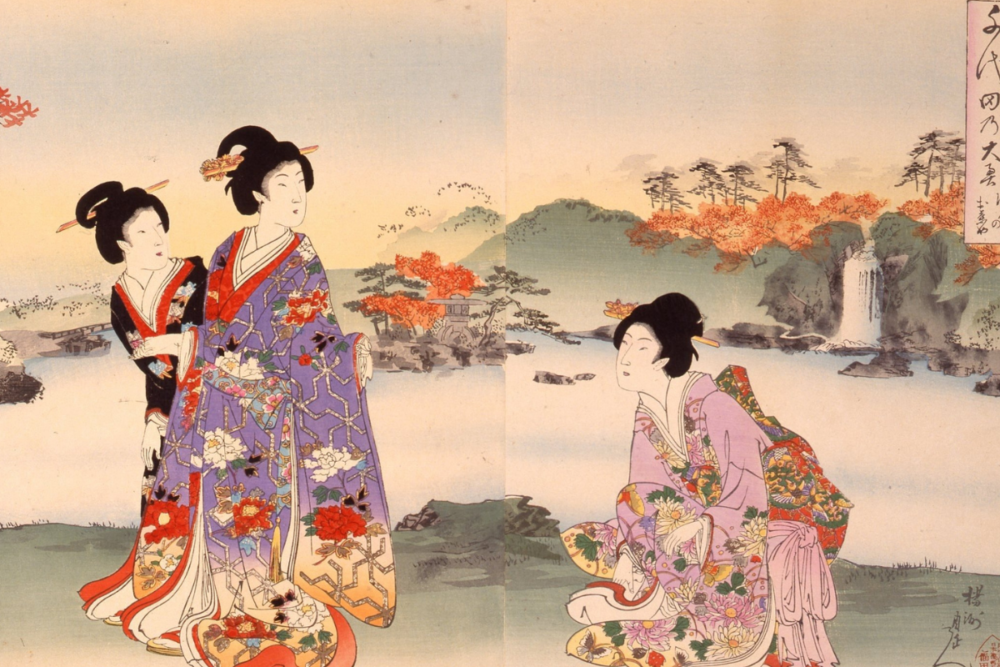 Between 1185-1603, the kimono became a staple piece in every Japanese person’s wardrobe. Two things that happened during this period was the creation of traditional Japanese colour combinations and Ai-zome (藍染め, indigo dye), which both rose in popularity. Ai-zome was considered better than other natural dyes due to its compatibility with all types of fibres (especially cellulose fibres, which were very difficult to dye with other options) and also for being one of the more non-fading and fast-washing natural dyes.

Alongside the creation of Ai-zome, this was also the time of the birth of traditional Japanese colour combinations, with each being based on seasons, gender, or even political ties. One of the reasons for the references was to do with the experience of the four seasons in Japan. A new culture of appreciating the ever-changing colours of Japanese nature allowed for each season to be reflected in the colour combinations of the kimono.

During this period, townspeople became more affluent and began spending more money on clothing. As a result, the kimono-making industry thrived alongside the growing public demand for better quality and higher-skilled dyeing and weaving of apparel.

The Tokugawa Shogunate (徳川幕府) came into power, which led Japan into a period of stability and peace. During this time they were also in a phase of Sakoku (鎖国, total isolation), where the government cut off all foreign trade. During this time of isolation, without foreign influence, the “Japanese Fashion Renaissance” came about. Japanese fashion designers were able to fully embrace their culture and create authentically Japanese fashion, which led to changes in how the kimono is interpreted and worn. 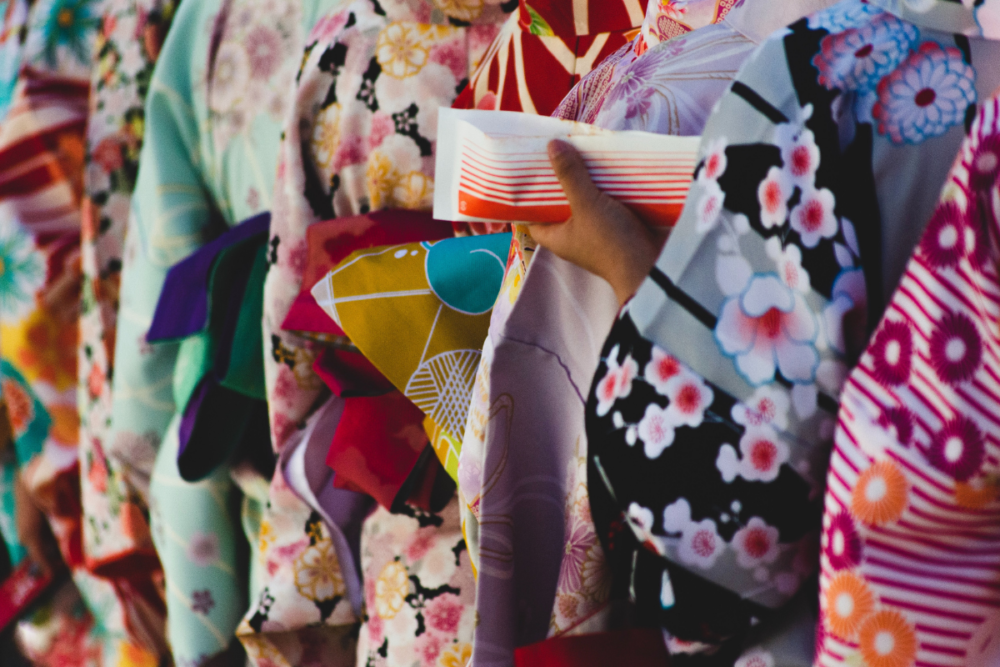 Kyoto, Japan: A day trip to the former imperi... 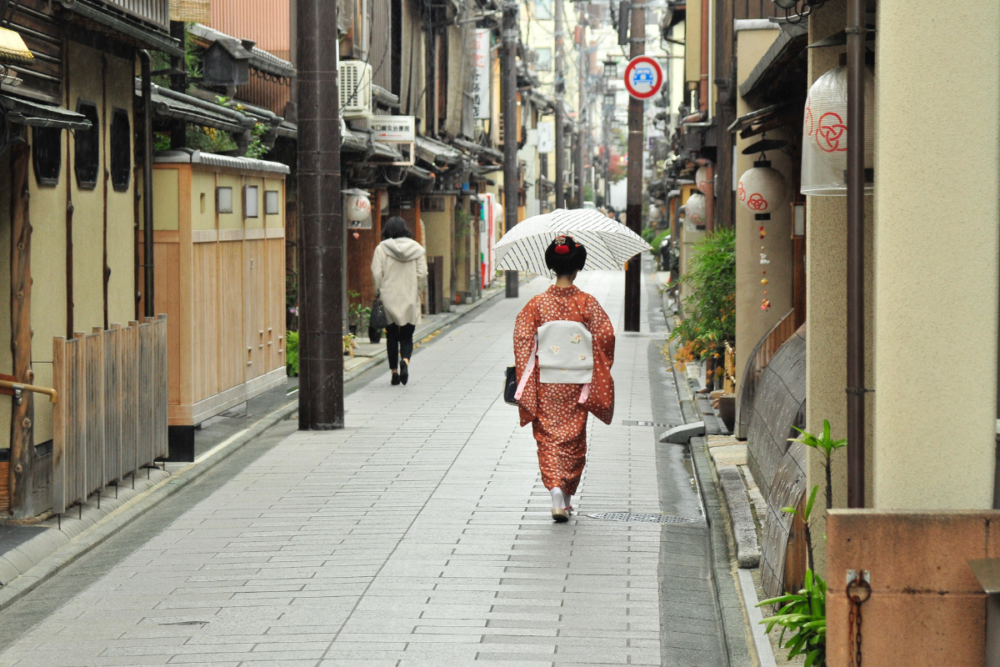 Following the Meiji Restoration and the Empire of Japan consolidating power, the country was able to come out of isolation industrialised and ready to adapt Western culture into the country.

Japan began to establish ties to other countries and with the exposure to their cultures led the population to adopt Western fashion—government officials and their families began to wear western-style clothing at work and on formal occasions. However, the perception of yofuku (洋服, western clothing) in the beginning was not great. Many Japanese first found the new styles impractical for daily Japanese living. After a while, attitudes started to soften, and women began combining Western and Eastern styles. For example, pairing the kimono with contrasting Western accessories like hats, scarves, and gloves. 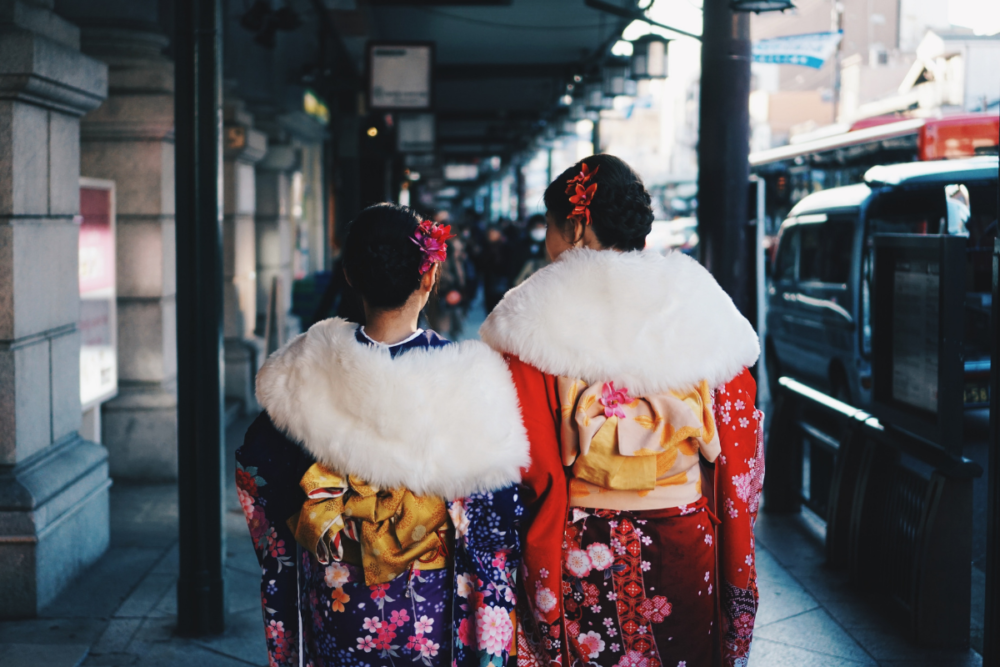 With the empire thriving, so did modern living. The West and East began to blend their styles and trends even more, and by the end of the 1920s, the style for women around the world skewed towards slimmer and more body-hugging silhouettes, while the males started wearing suits and ties.

As the 1950s came about, Western clothing became more mainstream. It wasn’t until the 1990s that public interest in kimonos was piqued again, this time amongst the younger generation—partly because of Western brands like Christian Dior and Alexander McQueen drawing inspiration from Japanese style, and partly from the numerous magazines, blogs, and Japanese-based designers like Jotaro Saito and Hiromi Asai fuelling the revival.

The change in the late 1990s was in part because of the global interest in Japanese culture, which in turn inspired Japanese people to rediscover their own heritage. The yukata (浴衣, casual summer kimonos) became a sub-breed of street fashion in Japan, mainly because of its affordability and higher versatility compared to the traditional kimono. 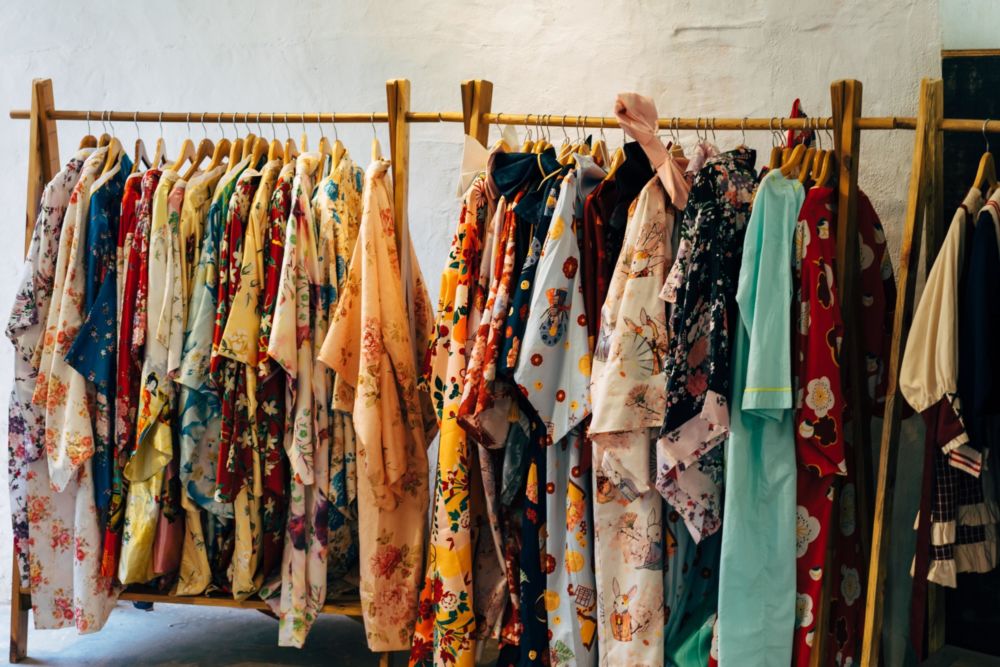 Japan’s history and culture are beautifully intertwined with the transformation of the kimono—public perception and adaptation of the kimono are one of the biggest signifiers of cultural shifts in Japanese history. Traditional garments have been incorporated seamlessly into modern fashion, and the kimono has now become one of the most timeless pieces of clothing in history. The younger Japanese generation is pioneering a new way of wearing the kimono—with street fashion. They combine classic Japanese elements with western styles to create a mix-and-match of clothing and accessories that make up the unique style we know as Japanese fashion today. 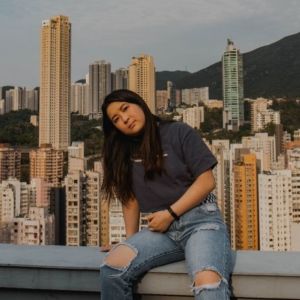 Growing up in Hong Kong, Rosamond is a recent high school graduate who is in the middle of her gap year. She has always been interested in capturing little moments and stories in the places she goes to. Whether it’s her love for film photography or her obsession with making playlists, you will always see Roz with a camera around her neck and lo-fi bops playing on her headphones. Follow her adventures on Instagram.

Bali, Indonesia: Where to catch the sunset